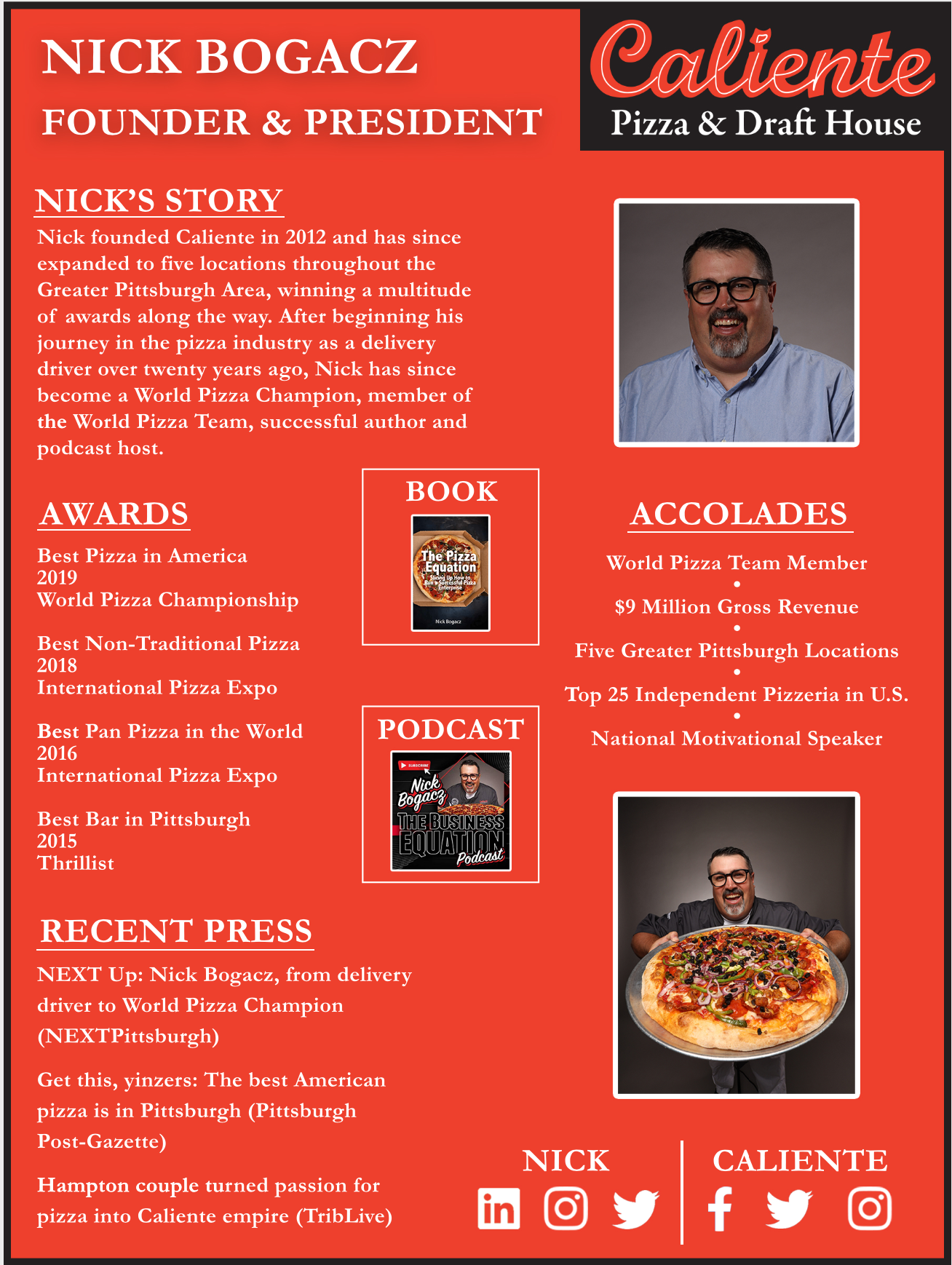 Whether you’ve been in the business and just need a fresh set of eyes on your operations, or are planning on opening a restaurant, Nick is your guy. He comes with over 20 plus years in the industry and most recently has opened five Restaurants in 6 years. Nick specialize in opening restaurants under budget and ahead of time schedules.  His stores have increased year over year to the tune of well over 6 million dollars a year. He did not get there by luck, he is a master of marketing and operations.

Nick believes in some key points that he has used to be successful in the industry.  They are:
P.S.I.  Product, Service, and Image.  He will build you a plan that maximizes those 3 key components that will give you the maximum results that will produce the most important solution.  How to raise sales, cut costs and increase profits.  Along Nick’s journey he likes to say he has also made mistakes, costly ones, that he has made and will educate you on, so that you also do not have to make them.

After assessing your needs, Nick will prepare  a detailed action plan, spelling out services to be provided, a timeline and an accurate estimate.  During implementation, he will maintain close contact and keep you apprised of the project’s progress. When the project is complete Nick will still only be a phone call or email away if you need any follow up service or have any questions.

A member of the World Pizza Champions team who speaks on a vast subject of topics.  He has spoken at The International Pizza, Pizza and Pasta Expo and The Mid West Restaurant Association Expo.  The subjects have ranged from Motivation, Marketing Strategies, Social Media Strategies, Increasing Profits, adding Craft beer to your menu and more.  Nick also speaks to his organization on a wide range of topics, hire him to speak at your next meeting or event.

Nick is the President/Founder of Caliente Pizza & Draft House. With over 20 years of experience in the industry, he opened his first location in fall of 2012 and has grown quickly to his 6 current locations. He started in the industry as a delivery driver in 1996 and fell in love with the team atmosphere and high energy that the pizza business provides. He worked his way through many levels of corporate chain Pizza Company’s always having his eye set on opening his own independent stores. He learned corporate structures and procedures and business financial systems that have helped him to build his company very fast. Nick loves the freedom an independent operation provides for company decision making. He is a motivating leader and team builder and has grown his company to over 250 employees through leading by example.  Caliente and his team members have won numerous awards in the industry including World Championships at the Pizza Expo in 2016, 2017 & 2018 and The Best American Pizza at the World Pizza Championships in Parma, Italy in April of 2019.  He is also a part of the International Pizza Expo’s family of speakers.

Nick was successful in bringing together pizza and craft beer within his company. Each of his restaurants boast over 20 taps and a bottle selection of over 150 beers. His stores specialize in hard to source craft beers from across the country and around the world. He has also taken a unique approach to craft beer by setting up collaboration brew’s with brewery’s. Nick and his team go to brewery’s where they brew special recipe beers to be served at his locations. He has collaborated with local breweries and world class breweries across the country.

Nick believes in giving back to the industry and entrepreneurs alike.  He wrote his first book “The Pizza Equation” in March of 2019.  The outpouring success of the book led to Nick wanting to spread his knowledge even more by starting his weekly podcast “The Business Equation.”

Nick’s goals in the Pizza Industry continue to be met by being committed to excellence with focus and positive vibes. His wife Angie has been his biggest supporter and proud to be a Pizza Wife for Life. His teen aged kids have grown up in the industry and have taken a keen interest in the business. When not in the grind and every day hustle that he craves, he enjoys good quality fun and relaxing with his family.