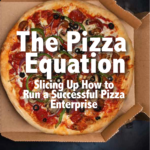 Nick Bogacz, for all his championship pedigree and business acumen, is still just a humble pizza guy.

In his new book, “The Pizza Equation: Slicing Up How to Run a Successful Pizza Empire,” Bogacz discusses how he balances growing global pizza accolades with the more mundane work of overseeing the five locations and 200 employees of Caliente Pizza & Draft House in the Pittsburgh area. Read More 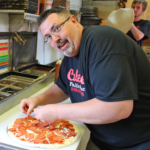 From Avocation To Vocation: How I Turned My Hobby Into A Career” With Nick Bogacz of Caliente Pizza & Draft House

The second thing I wish someone told me is how important communicating with your team is. When we had one or two stores, we could get away with not having flawless communication. When we started to expand and our number of employees kept rising, I knew that was going to have to change.  Read More 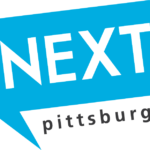 by Jennifer Baron NEXT Pittsburgh

World Pizza Champion Nick Bogacz started in the pizza industry as a delivery driver more than 20 years ago. In 2012, he founded Caliente Pizza & Draft House and has since expanded to five locations throughout the region. Along the way, he’s become a member of the World Pizza Team and a successful author and podcast creator. Get to know the pizza guru and Hampton resident. Read More 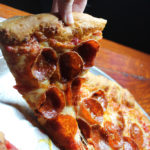 Hope starts with a meal. Those were the words of Doug Smith, director of development for Light of Life Rescue Mission on Pittsburgh’s North Side on Friday as he watched residents enjoy slices of pizza from Pittsburgh-based Caliente Pizza & Draft House as 40 extra-large pizzas (approximately 480 slices) were delivered to the mission on Friday.  Read More 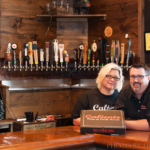 Nick Bogacz is happiest when he’s wearing his official work uniform: a black T-shirt covered in flour. “This is my passion,” says the Hampton resident, who runs Caliente Pizza & Draft House with his wife, Angie. Since 2012, the couple has turned one, small shop into a Pittsburgh pizza empire. Read More 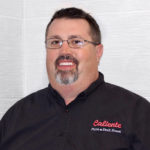 This year’s opening keynote speaker will be Peter Reinhart, instructor at Johnson & Wales University, founder of the Pizza Quest video and blog site, American baker, educator and author. Peter is the author of numerous books, including “Bread Upon the Waters: A Pilgrimage Toward Self Discovery and Spiritual Truth”; “Crust and Crumb: Master Formulas for Serious Bread Bakers” and “American Pie: My Search for the Perfect Pizza” Read More

Nick dishes on Caliente’s growth and expansion plans. Our concept is a full-service restaurant and bar with a full delivery area. Our pizza philosophy is that we just really love pizza — and it shows in every facet of our business. When you truly love what you do it all comes natural. We have great pizza, but everyone always says that. The real truth is the thing that we do have that not everyone has is great people. Read More 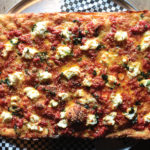 So Hot  Caliente Pizza & Draft House lights up Pittsburgh Nick Bogacz is the type of pizzeria owner who’d drive across town to pick up a couple of writers who’d gone astray. In the process between the wrong location and right, we learned much about this four-unit store that’s making strides in Pittsburgh’s neighborhood-centric locations.  Read More

Personalities of Pittsburgh: Nick Bogacz’s love of pizza kept bringing him back

The Secret Ingredient in Your Marketing: Direct Mail with Mail Shark

Just ask Nick Bogacz, the president/founder of award-winning Caliente Pizza & Draft House, a three-time World Pizza Champion in Pittsburgh, and author of The Pizza Equation. “One of the relationships that has helped me explode my business is with the great folks at Mail Shark,” he says.  Read More

Employee turnover can be costly and bad for morale. Reduce turnover by using these methods to hire and keep your employees.

The ongoing crisis over the COVID-19 outbreak is vastly changing the nation’s employment rate. Mere weeks ago, we at lows not seen for decades. Now, we’re setting new records for the wrong reasons.  The length and severity of this pandemic are uncertain, although we can say with certainty, it’s already been too long and too devastating. But all crises end. Read More 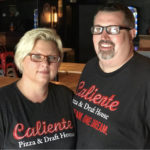 They found love in a pizza place: Angie and Nick Bogacz

Nick Bogacz befriended his future wife at 18 through delivering pizzas. When Nick lost everything to a house fire, Angie came right to his side and the pair hasn’t separated since. Read More

PITTSBURGH, Dec. 18, 2019 /PRNewswire/ — Caliente Pizza & Draft House, a Pittsburgh-based restaurant known for its internationally acclaimed pies and extensive craft beer list, is rapidly growing in global recognition after collecting numerous accolades in 2019. Locally owned and operated by founders Nick and Angie Bogacz, Caliente sent its team across the United States and Europe this year to participate in the industry’s biggest competitions. Read More

If you were at Pizza & Pasta Northeast in Atlantic City last month, then hopefully you attended the Day Two Keynote Address by Nick Bogacz. Nick owns Caliente Pizza & Draft House in Pittsburgh, and boy did he have a story to tell! Nick has been through it all since he first entered the pizza industry as a delivery driver at age 16.  Read More

PITTSBURGH, PA – Caliente Pizza and Drafthouse owner Nick Bogacz doesn’t just own and operate an award-winning pizza chain. He’s also an author. Bogacz’s first book “The Pizza Equation,” will be out March 1. It details what he considers to be the most important aspects of operating a pizza business and serves them up in a handy guide. Read More 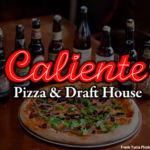 What to Know Before Expanding Your Operations

As success comes, the notion of expanding becomes more and more prominent. If you are in the process of growing your bar, restaurant, or brewery beyond the original four walls that put your brand on the map, it’s important to make sure the timing is right and it makes sense to move forward. To provide insight on this topic, we will tap Nick Bogacz, owner of Caliente Pizza & Draft House in Pittsburgh, PA, a brand on the verge of opening their 5th location in just over six years. Read More 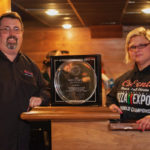 Do we release the new menu?’ Despite COVID-19, restaurant owner says ‘yes’

by Harry Funk The Almanac

The regular routine was in place for the folks at Caliente Pizza and Draft House. “Once a year, we do a new menu. We usually start it in December and then roll it out in late February or early March,” owner Nick Bogacz said. He founded the business in 2012, and it has grown into a five-restaurant chain, including one in Mt. Lebanon. Read More